Are you tempted by the thrills of this game but have lingering questions regarding Fallout 4 recommended specs for laptops or desktop pcs? This article is for you!

Fallout 4 is one of the most anticipated and awaited post-apocalyptic role-playing games. This game was created and developed by Bethesda Softworks and is the fifth main installment in the fallout series (overall there are eight series).

It was simultaneously released on PlayStation 4, Microsoft Windows, and Xbox for the users to play all over the world except for Japan, where it was released later on after censoring some footage related to the atomic war while keeping the main plot intact.

The main player of the game is the survivor of Vault 111 who appears 210 years later to the time and day after the Great War. This game is set up in Boston, Massachusetts where famous landmarks can be seen such as Paul Revere Monument, Massachusetts State House, and USS Constitution with their unique and distinctive construction.

Some other famous and notable locations with an appearance in this game are Scollay Square, Bunker Hill, Goodneighbor, Fenway park, and Diamond City.

This post-apocalyptic game is attractive and bigger than before. In Fallout 4, the user gets to play as a vault dweller and a survivor of the nuclear apocalypse. Following its popularity and fame, every hardcore gamer wishes it could run competently on every PC model out there but unfortunately, that’s not the case!

In this section, we will talk about some of the most important details regarding Fallout 4 along with its recommended specifications to make sure your PC is able to handle the greatness of the game before you start playing.

If you are playing this game on PS4 or Xbox One, there is nothing to worry about. Simply install the game and you are good to go! However, Desktop PCs and laptops are a little different and need certain hardware specifications to be authorized before commencing the gameplay. It is because the game is built on a modified version of Bethesda’s creation engine that debuted in 2011 to power Elder Scrolls V: Skyrim. Thanks to the engine’s upgraded system and feel, Fallout 4 is undoubtedly looking much better thus quickly the nicest working title of the year.

Fallout 4 is quite tough on the hardware which means the user must have an extremely beefy gaming PC to enjoy the game on its highest settings. Let’s take a look at these comprehensive official hardware requirements and specifications stages that must be present to play Fallout 4.

-Frame Rate Or Frame Per Second

FPS or frame rate per second is the number of images your PC produces each second. A higher frame rate implies that your screen can show more images a second which in turn ensures smoother animation of Fallout 4.  A lower frame rate might cause the game to appear faulty which is usually not enjoyable by the player.

For Fallout 4, we recommend that you have a computer that can achieve 60 FPS while playing. Though most PCs support a frame rate as low as 30 but for an outstanding gaming experience, the frame rate must be higher than this number.

Resolution is the number of pixels on the screen. High resolutions mean better pixels, better details, and more space. Low resolution offers less space and fewer pixels. For standard PCs, you are likely to have a low-resolution screen.  For Fallout 4, it is better to have a screen with high resolution so the game looks better with a sharper picture.

When it comes to playing Fallout 4, your graphics card will have the most powerful impact on your overall performance. While this game is not as aesthetically amazing as some other games in the market, it is still an open-world game which shows that the draw distance is pretty lengthy. This game condenses objects that are far away from the player which means that the PC requires momentous graphical power of its own.

Fallout 4 uses under 3 GB of video RAM when the player is playing at 1080p and UHD settings. However, despite this normal belief, many 2 GB graphic cards can manage the game up to 50 plus frames per second on 1080p ultra settings. This game is also fairly playable in the 45 plus FPS range which for many hardcore gamers is smooth.

Your CPU plays a major role in how Fallout 4 perform over your PC. To fulfill this purpose, Intel core i5 CPUs are more than enough to endure this game without compromising on the quality and performance. As a gaming fanatic, you should be fine with a CPU that’s even in the range of an R5 1400 or an i3-8100.

If you wish to run this game on high CPU settings without investing too much money, you can opt for an authoritative and powerful graphic card. As long as your CPU is strong enough to get the job done, nobody notices a massive difference between a budget-friendly and high-end CPU performance.

The minimum, recommended, and the official requirement for playing Fallout 4 on a computer demands for 8 GB RAM, which is quite practical. However, if the user really wants to push through the limits, a 4GB of RAM might work as well but this is as low as the user can go when it comes to playing any game including Fallout 4.

This game has up to 20 graphical settings adaptation. There are certain settings that the user can modify to enhance their gameplay without sacrificing performance, screen quality, and visuals.

For best performance, it is advised that you set the God rays to low, shadow distance to high and shadow quality to medium.

It is a substantial component of NVIDIA’s volumetric lighting technology. It helps enhance the overall appearance of the Fallout 4 game environment thus making it look more epic than it is. The visual difference between ultra-settings and low settings is small, but if you are looking for a way to achieve a performance boost, lower these settings first.

Changing these settings on a higher level can make the game environment look more lifelike.

Lower settings can make the screen appear more jagged. High settings, on the other hand, look smooth and accurate.

Changing these settings can deliver the best result for your game in terms of improved performance and visual quality. If you change these and are not satisfied with the end result, change other settings to low, medium, or high until you are sure of the final outcome.

Does My Computer Meet The Recommended Specs For Fallout 4?

Due to the large map and the Fallout 4 game’s graphics, no gamer can mess with the recommended CPU requirements. The AMD Radeon HD 7870 2GB or NVIDIA GeForce GTX 550 Ti 2GB is the least requirement over your GPU representation pole that will make playing easy. The suggested GPU is AMD Radeon R9 290X 4GB/NVIDIA GTX 780 3GB or anything corresponding to this.

If your computer is able to meet the minimum requirements set for the game, you will most likely be asked to turn down some of the settings to allow your PC to process all the related statistics. Since the CPU requirements are an Intel Core i5-2300 or AMD Phenom II X4 945 3.0 GHz or Intel Core i7 4790 or AMD FX-9590, you can still opt for anything better than the recommendation.

If you want to know about your computer’s specifications or if it can support Fallout 4, you can use a simple tool and find out your PC’s capabilities. The users can now download a desktop app that helps you figure out if your computer is eligible enough according to Fallout 4 requirements. If you are not interested in using a third-party tool, there is a detailed thread on Bethesda’s forum for gamers to check out.

What If My Computer Doesn’t Meet Recommended Fallout 4 Specs?

There are tons of variables that might happen if your PC doesn’t meet Fallout 4 specs but of course, it can either lead to a horrible performance or making the game unplayable. If you wish to have the best experience of your life with this game, make sure your rig has all the necessary specs defined by the manufacturers.

For a little more firepower, you can always opt for reasonable deals on PC equipment.

As compared to other similar games in the market, Fallout 4 is much easier to run on computers. It is because many games need more CPU and graphics (performance-wise). Fallout 4’s excellent modding community delivers a plethora of aesthetic modes and graphics thus easier to run for most gamers out there.

How Much RAM Is Needed For Fallout 4?

As far as the storage requirements are concerned, you are good to go with 8GB RAM and 30GB disc space to download and run the game efficiently. For the graphics card, professionals suggest getting Nvidia GeForce GTX670 (2GB) graphics card or an AMD Radeon HD7870 (2GB) setup for easy gameplay.

Can I Assign More RAM To Fallout 4?

There is no way that a gamer can manually allocate more RAM or storage space to Fallout 4. However, the operating system can give more RAM if it is available to be provided. The only way to get it done is by removing all the unnecessary stuff using up all the RAM space and letting the OS take charge.

Can I Run Fallout 4 On Ultra?

NVIDIA’s GTX 750 Ti and the Radeon R7 370 have 2 GB of VRAM to deliver which is adequate enough for you to run Fallout 4 using the ultra-level texture preset settings.

Why Is Fallout 4 Experiencing Crashing Issues?

Most of the crashing issues with this game are linked to a degraded save option or bad mod being involved in the game. To deal with crashing, disable all the supplementary mods added and begin with a new Save option. If your game doesn’t crash on the new game, keep the settings as it is.

What Can I Do If Fallout 4 Is Launching With A Black Screen On My Computer?

There are some reasons why anything like this could happen with the game. Before troubleshooting the problem, make sure that your computer meets all the recommended requirements for Fallout 4. Otherwise, do the following:

With a game like Fallout 4, it is important that the gamer ensures his GPU packs a punch! They can withhold on the CPU requirements to save money but the PC build suggestions must have a power balance among CPU and GPU.

We hope that with this guide you can get a balanced PC that can handle Fallout 4 recommended specs to your desired satisfaction. 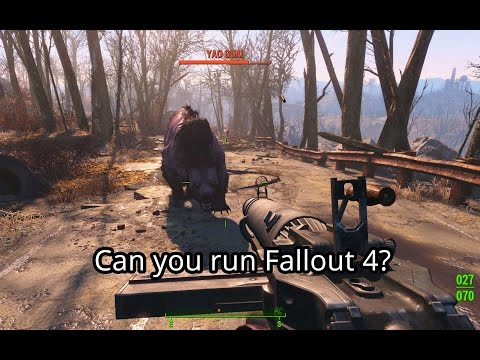 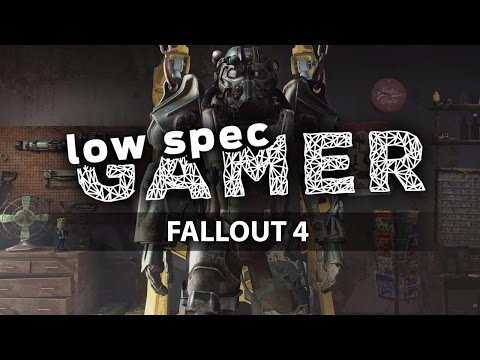